Disclaimer:  this is not a post meant to be saying that lean women aren’t healthy or fertile. I just don’t like the fact that intelligent women who aren’t lean, but are also quite healthy, are afraid to educate others about nutrition because they don’t ‘look Paleo enough’. If you choose to pursue your ideal body type, then right on! Just please don’t judge other women for not having the same goals, genetics, or life circumstances for achieving the same physical appearance. Thanks for reading! 🙂

This post has been a long time coming, so excuse the rant.

I think the Paleo community needs to take a step back and reevaluate our priorities as far as health and fitness go – specifically for women. I was horrified to see this comment posted by an anonymous internet user on Nom Nom Paleo’s blog post  during our trip to Austin for PaleoFX:

“One question, and I know this will likely come out wrong and I may even regret going there, but I have to put it out there: I can’t help but notice that, while the men all are lean and mean, most of the female Paleo figureheads aren’t, well, quite so lean.What do you think? Am I way off the mark? If not, why do you think this is?”

So me being the excessively opinionated, doesn’t-take-sh*t-from-anyone type of person I am, I decided I had to respond:

“Maybe because women aren’t designed to be lean. Otherwise why would they lose the ability to ovulate when they drop below a certain body fat percentage? I’m pretty sure fertility is a pretty significant measure of health in a woman. Your comment is extremely ignorant.”

Ok, so maybe I got a little too sassy with that response. But seriously, I’ve been thinking about this a lot lately and that post just put me over the edge.

I don’t consider myself to be ‘lean’ whatsoever. Sure, I work out a fair amount and eat extremely nutrient -dense food, but I’m currently a size 8 and probably about 10-15 pounds heavier than my (completely superficial) ‘ideal body weight’. For a long time, it really bothered me that I was constantly struggling with that last 10+ pounds. I’d lose it, maintain for a bit, and then something stressful would happen and I’d just gain it all right back. Totally frustrating, and very disheartening. It really made me very self-conscious about the way I look, considering I purport to have a high level of nutrition knowledge.

These kind of “why aren’t Paleo women lean” comments are extremely hurtful to people like me who work really hard to not only be adequately nourished, but also spend more time reading and writing about nutrition than we spend working out or weighing and measuring our food. Not everyone has the time it takes to dedicate oneself to achieving a ridiculous level of fitness. And yes, for most women, getting a six pack generally takes an extreme level of dedication to restrictive eating and consistent intense exercise. Is that a 14 pack? Can't say I've ever seen a woman in real life who looks like this...

The sad part, though, is that this extreme level of criticism about women’s bodies has been enough to stress me out about attending events like PaleoFX or becoming more prominent in the Paleo community, because I’m concerned people are going to judge me for how I look. As much as I was excited to attend PaleoFX, I was also really nervous that people would see that I wasn’t in perfect physical shape and therefore discredit the knowledge I have regarding nutrition and health. It was something that made me extremely self-conscious as I was preparing for my trip. And I’m not the only one who feels this way either; Diane and Liz discussed this issue on their most recent Balanced Bites podcast. Despite the fact that Liz is one of the most gorgeous women I’ve ever met, she still feels like she doesn’t fit people’s expectations for the way a ‘Paleo’ woman is supposed to look.

So, does it bother anyone else that women like me and Liz have anxiety attending events like PaleoFX because we’re worried about people judging us for our body size?

Is this what we want, for intelligent women to be afraid of getting involved in leadership roles because they don’t feel like they’re lean enough to fit the part? I think it’s really ridiculous that people would espouse a diet based on evolutionary biology, and yet not understand why the women who follow the diet would have a visible level of body fat. Considering how many female athletes and body builders don’t menstruate and are therefore unable to bear children, we’ve got to realize that the notion of a woman having a six pack is probably not biologically appropriate. And isn’t the whole point of this Ancestral diet to support optimum levels of health, vitality, and ultimately fertility? 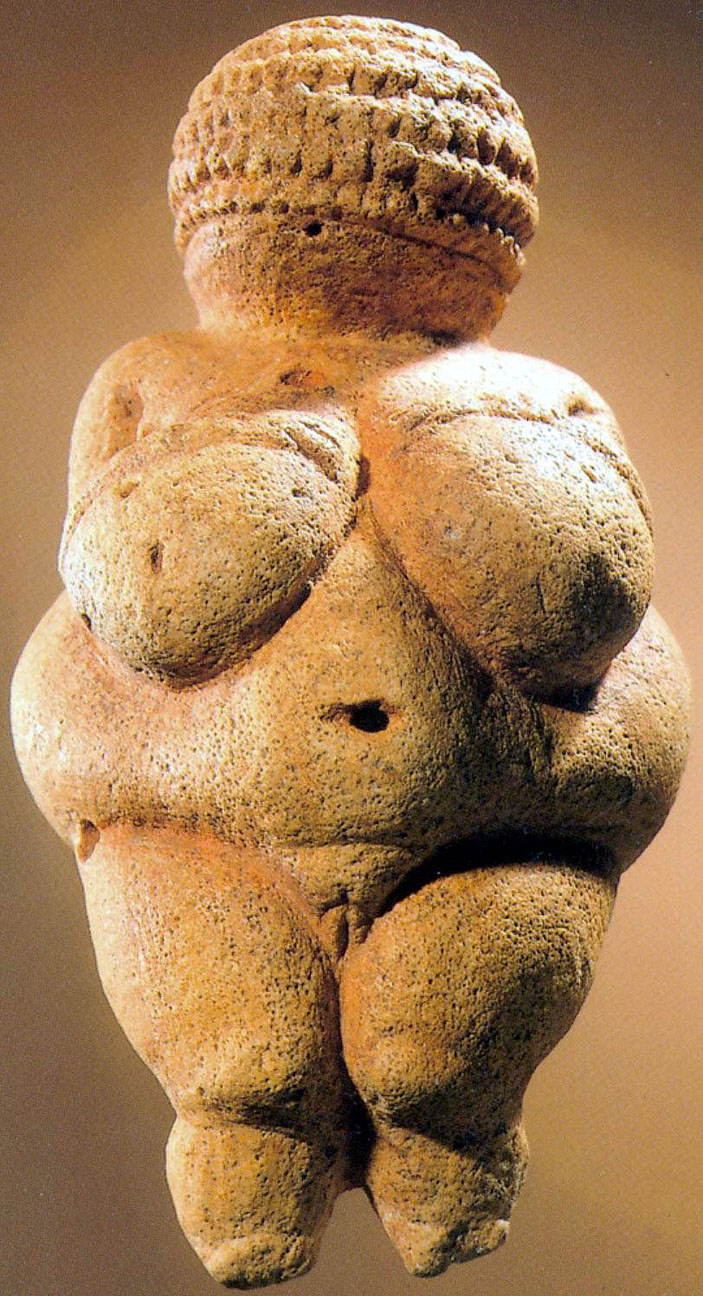 I don’t care if a woman has a certain body fat percentage goal that she’s working towards, as long as she realizes the sacrifice in fertility she may be making. And I’m aware that certain women have the genetic propensity to be very lean and muscular. That said, I think people in the Paleo community need to start acknowledging the fact that a woman who is healthy and fit for pregnancy is ultimately going to have a decent amount of body fat, which ideally should be around 26-28%. That’s a decent amount of junk in the trunk.

I’m not usually one to show pictures to demonstrate ‘what a woman should look like’, but I know we all like throwing around Marilyn Monroe as a prototype for the ideal. Well, judging from these pictures, would any of you say that Marilyn is ‘lean and mean’? Back squat perhaps? Get it, girl!

Fortunately, I’ve noticed that when I bring this topic up to the more intellectually evolved men in the Ancestral health movement, they seem to agree that women are generally most attractive when they’re ‘festively plump’. At PaleoFX I had a pretty long conversation about this with George from Civilized Caveman, and I was shocked (and impressed) that he was adamant about women looking better when they have a decent level of body fat to speak of. Truthfully, from my own experience, I always had the feeling most men have this idea that a woman is only sexy when she has flat abs and thin, toned thighs, but it’s great that there are reasonable men out there that understand and appreciate what a woman is biologically designed to look like.

My final point in all of this is that regardless of what a woman looks like, I think we all need to take a step back and think about what is worth pursuing in our lives. I think its really easy to get distracted by chasing a certain level of attractiveness, but at some point we need to realize that there is so much more to life than looking amazing. And I personally am trying my best to move past being self conscious about the way I look, and realizing that I have more to offer the world than a ‘perfect’ body.

To emphasize that point, here is a list of all the things I would give up having a perfect body to have in my life, inspired by my favorite ‘Ancestralized’ women:

All I’m trying to say, ladies, is that there is so much more we have to offer the world than our looks, or our bodies. I’m still struggling to get past my own self-consciousness regarding my less-than-perfect appearance, but I hope all the women out there reading this post will join me in working towards valuing our brains, our strength, and our loving friends and family much more than we value our physique.

And for the general Paleo community, let’s take our intellectual capabilities up a notch when deciding what we think women are supposed to look like. If you respect nature and evolutionary biology, you should respect the fact that women are designed to have a certain level of body fat, and it’s 100% acceptable for the female Paleo figureheads to not look like Sports Illustrated bikini models.

I look forward to hearing comments from you all regarding this serious issue in the Paleo community!

The Role of Nutrition in Collagen Production »